They’re Back – Cicadas Hitting 16 States By The Trillions!

They Will Overwhelm Everything Including Your Mechanical Equipment

ARE YOU READY FOR THEM? 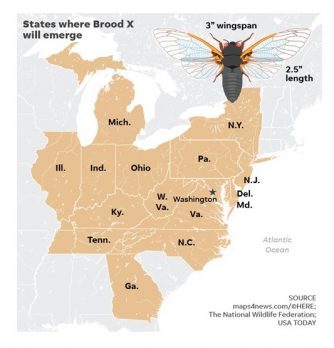 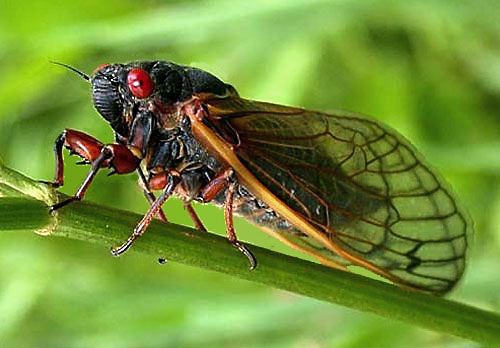 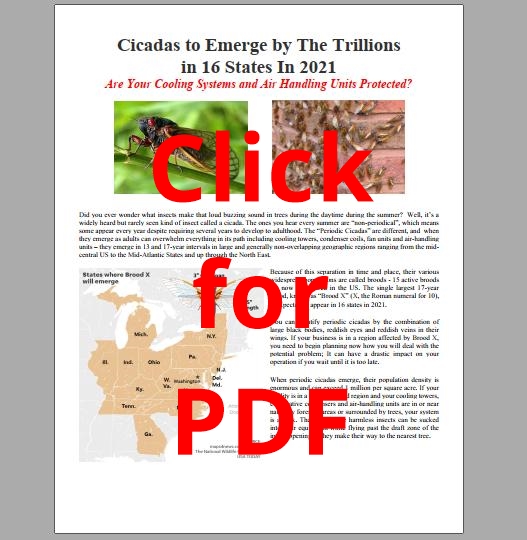 In the spring and summer (Mid May to Mid June or later) 2021, Brood X (numeral 10) of the 17 Year Periodic Cicada (also know as the Great Eastern Brood) is scheduled to emerge by the trillions across sixteen states. The periodic Cicada is an unusual and widely studied insect that can be found in many regions of the world. Here in the US there are 15 active Broods plus a more recently discovered brood found in OH & KY simply referred to as “Brood OHKY”.

STATES THAT WILL BE AFFECTED IN 2021

Cicadas are harmless to humans, other than being noisy and a nuisance however, it’s a much different story for a buildings mechanical systems including Cooling Towers, Air Handling Units, Rooftop Units and Air Cooled Chillers; Cicadas are attracted to the sound of mechanical equipment and quickly get sucked in – affecting the operation, maintenance and performance of your equipment.

On Cooling Towers, they accumulate in the fill, basin and strainers and are attracted to the sound of the fan motors – they can overwhelm the system in less than a day – Daily removal is absolutely necessary as is an increase in biocides to help keep the cooling water free of bacteria caused by the increase in organic load.

On Air Handling Units and Intake Louvers, they can get sucked into the system and will quickly foul internal pre-filters and build-up inside the duct work and plenum – especially if bug mesh not provided by the equipment manufacturer.

On Rooftop units, they get sucked onto the condenser coils and block airflow and they will swarm the fan motors and compressors.

When to Expect Their Arrival

When they’ll emerge depends on the weather. A cool spring will mean they will emerge later in the spring.  Regardless of the weather, they will begin emerging when the ground temperatures (approx. 8″ below the surface) reach 64 degrees Fahrenheit – usually in late April or early to mid-May and will continue through Mid-June.  The important thing to know is that when they emerge in your area, they will be a problem for several weeks – so you need to be ready to keep them out of your mechanical systems or face serious maintenance problems.

How to Protect Your Equipment From Becoming Overwhelmed

Use of air intake filter screens (Cottonwood Filter Screens) is the “best practice” as they stop the “critters” at their point of entry without impacting airflow – After the cicadas have gone, the filter screens will continue to provide many years of benefit by stopping cottonwood seed, insects, leaves and other airborne debris while reducing maintenance, energy and water treatment and coil cleaning chemical cost.  They are nearly invisible to the airflow –  Static pressure is – Under 1/10” w.g. 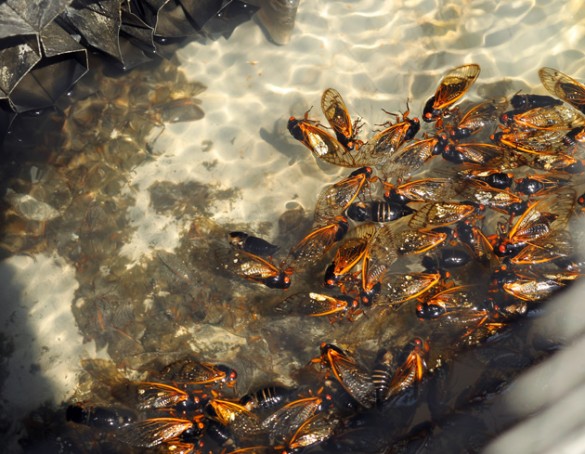 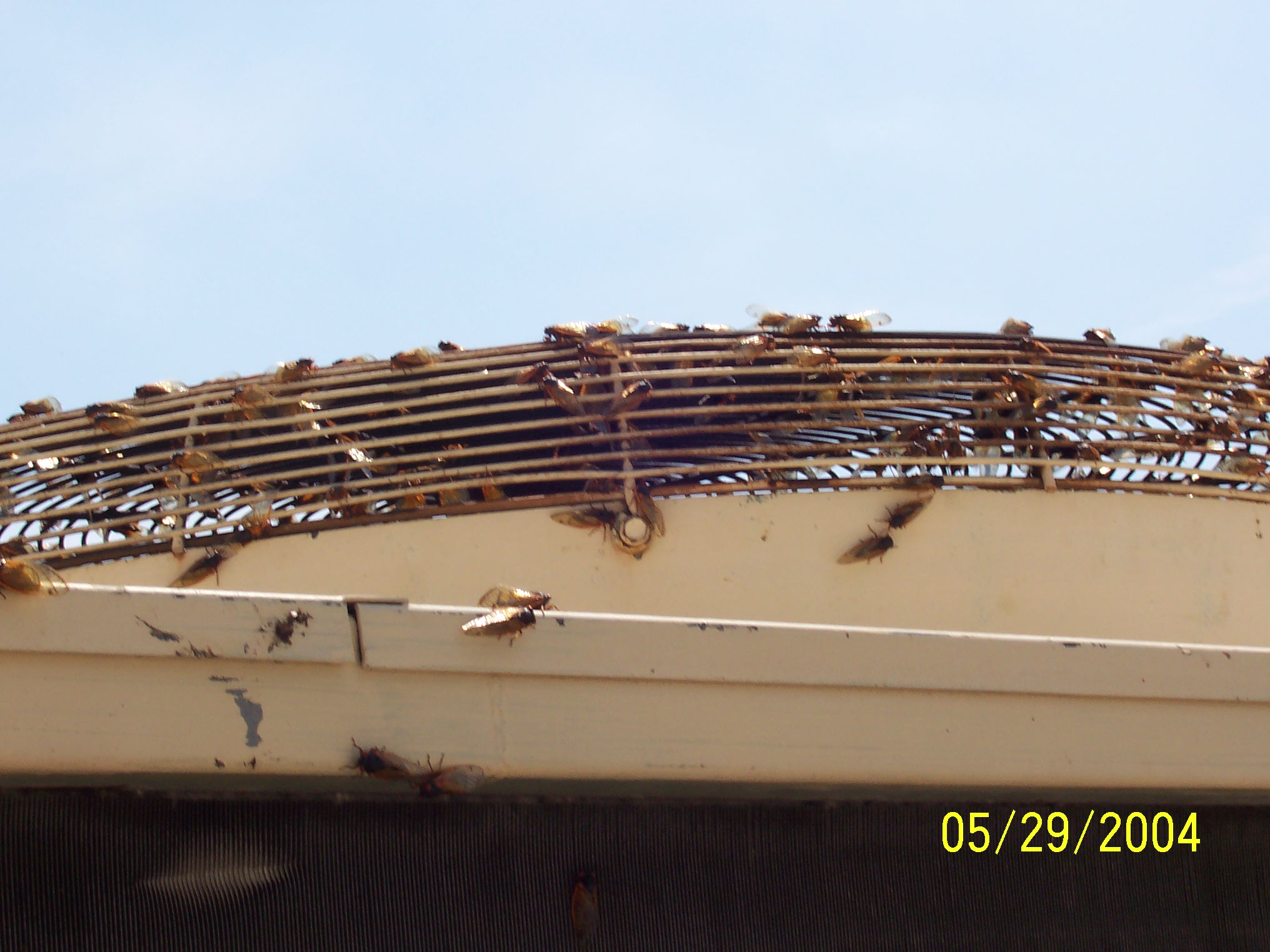 Cottonwood Filter Screens Will Stop Cicadas and Other Airborne Debris From 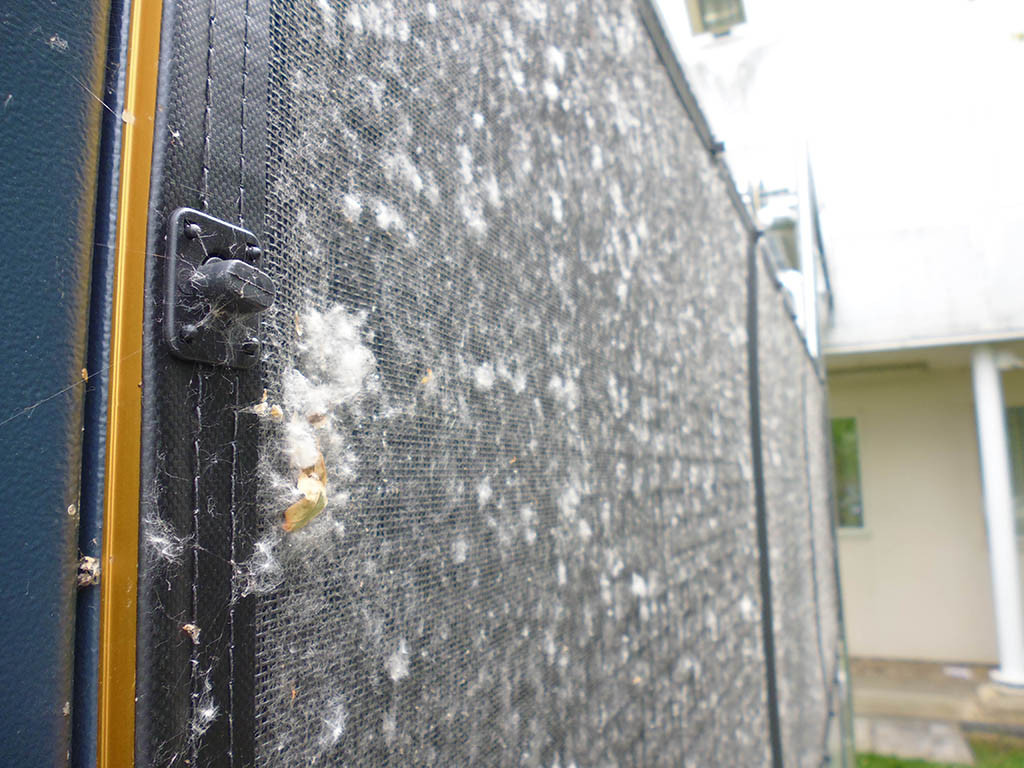 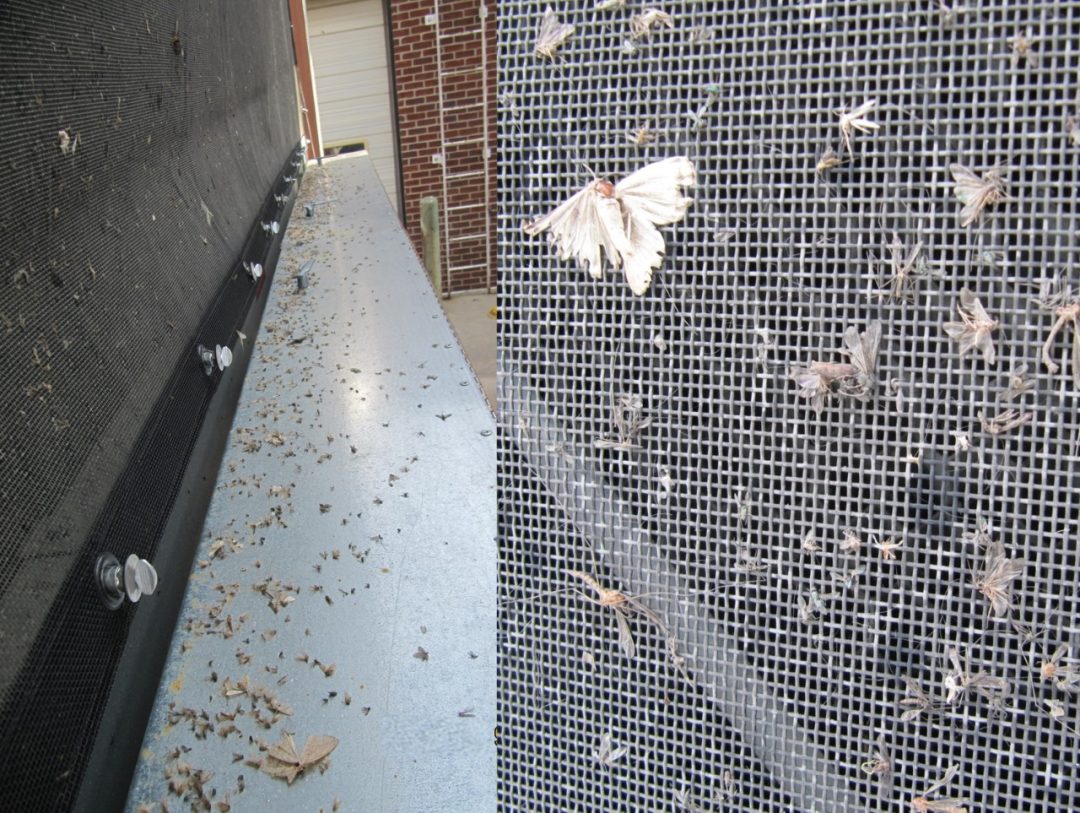 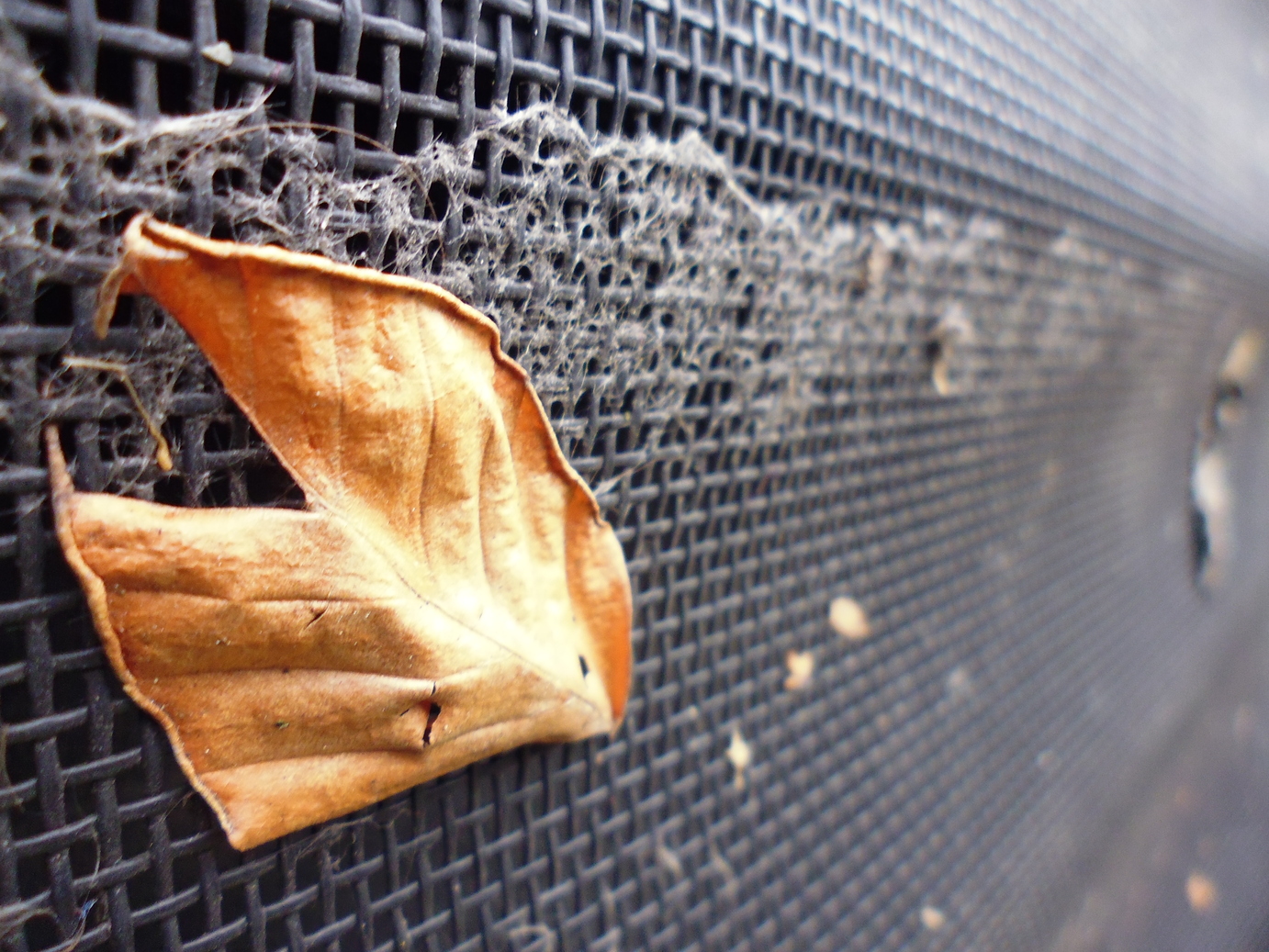 The Video Below Shows Just How Overwhelming They Can Be

Now Is The Time To Plan For Protecting Your HVAC Equipment